The 33-year-old owners of Linsen Nambi, the company they started in 2012, made maritime history as youth owners when they bought Grindrod’s Unicorn Bunker Services.

With their female empowerment partners, Women in Oil and Energy, they became the role model for the Government’s initiative to unlock transformation in the maritime – and liquid fuels – industries.

“Therefore we are well placed for strategic acquisitions and organic growth to develop our infrastructure further.”

“It is unbelievable that it took this long, but is a first win for the recently legislated Combined Maritime Transport Policy, which calls for black ownership in shipping.”

Linsen Nambi’s other founding member, Thuso Mhlambi said there was a great need for the private sector and the funding institutions to “better align themselves to Governments Development Plans to unlock more deals like ours”.

He added: “I would like to see the private sector opening up this space to new entrants, something that will facilitate the creation of employment.”

Naidoo and Mhlambi have set a goal: to become the leading African shipping company with a global presence.

They already employ 110 people, a number they hope to increase significantly as they grow the business.

Since the inception of Linsen Nambi six years ago, the company has bought three bunker vessels in the ports of Durban and Cape Town.

These bunkers supply fuel to vessels; as Naidoo describes it: “In layman terms we are the petrol attendants of the sea.”

The story of the inception of their company is one of a friendship that goes back to 1996, when they were both 10 and in grade 4 at Montclair Senior Primary School in Durban.

Says Naidoo: “We became instant friends; Thuso was, and still is, the funniest person I’ve ever met.”

The men say that they stuck together when they progressed to the New Forest High School in Yellow Wood Park, Durban. Said Mhlambi: “It was a racially divided, model C school with kids bussed in from so called poor areas. Because we had a group of multi-racial friends, we were labeled sell-outs – but we survived.”

They say they were “swept up” in the new South Africa and that while they weren’t “born free” they were old enough to understand there was a change in the country, “one that we could capitalize on”.

“We walked home from school every day fantasizing about how rich we would be, the cars we would drive, the many businesses we would own and, of course, helping other poor kids.

“Today our heads are less in the clouds, we know how difficult it is to run a start-up as an entrepreneur and we owe all of our success to God and His blessing and favour in our lives.  We are aware that our success is for a higher purpose and thus have a strong focus on the development of communities where we operate.”

Naidoo added: “Our friendship is based on 23 years of loyalty and growing up together from children to men. We are as close as brothers.”

They took different forks in the road at the University of Kwa-Zulu Natal.

Naidoo got his Bachelor of Commerce in Accounting degree but says becoming an Auditor didn’t interest him.

“I decided to study further and, by chance, chose Maritime Economics as an elective. I was bitten by the maritime bug from the first lecture.”

He went on to complete his Professional Qualifying Exams with the Institute of Chartered Shipbrokers to become a Shipbroker.

“It’s the most prestigious shipping qualification and I was very pleased that I did well, winning the “student with the highest marks in South Africa prize, as well as getting top marks in the Legal Principles of Shipping.”

Naidoo also has a Diploma in Marine Surveying from Lloyd’s Maritime Academy through the North Kent College.

He joined Safmarine as a graduate and gained invaluable experience as he moved within the business, rotating through finance, exports and imports.

Mhlambi obtained his BCom Honours in Accounting at the University Of KwaZulu Natal before completing his articles at KPMG.

In 2012 Naidoo proposed that they start their own shipping company.

Said Mhlambi: “I was working in a corporate job as a financial manager when one day, during my lunch break, Durand came to visit me and said he’s thinking of starting a shipping company and did I want to join him as his accountant. I though why not?”

“We were a service orientated business and as such we could not scale our business as we did not have assets and could not build a balance sheet.

“In 2014 Thuso and I took the decision to pivot our business model to become asset based.” The business took off.

The men are in agreement that there is much work that needs to be done within the South African shipping landscape.

They feel it “severely lacks meaningful transformation and the economic inclusion of black people is minimal”. It is something they are determined to address within their company, and work towards within the industry.

Said Naidoo: “During my career working for maritime companies, I observed that there were a handful of blacks (managers and employees), in positions with decision making authority. I knew that I wouldn’t be able to fulfill my ambitions working for a shipping company.”

Their disappointment stems from the fact that South Africa is among the stop maritime nations in the world, in terms of the cargo volumes that move across seas.

Said Mhlambi: “The Port of Durban is the busiest container port in Africa; the Port of Richard’s Bay is the busiest coal terminal in the world. You have only to consider the effect of mining commodities on the GDP, that can only be transported by sea, to understand how much of cargo moves across South Africa.”

Naidoo adds: “There is a saying in shipping that cargo is king. However, in South Africa, even though we have the lion’s share of cargo, we do not have South African owned ships. China, Japan, Britain and India are examples of other maritime nations in the world with cargo movements such as ours, but which have ships registered in their country.

“South Africa is dominated by foreign owned shipping companies which carry our cargo, resulting in a loss of GDP to our country.”

Their vision is sweeping and includes the beneficiation of South Africa’s long coastline.

“The oceans can feed us and provide us with a livelihood, yet it remains locked with high barriers of entry for new entrants to participate.

“South Africa suffers from a high unemployment rate, yet most black people have never considered working at sea onboard vessels, because most of these positions are not advertised in South Africa,” Naidoo said.

He added that efforts are afoot to change this and that Government has launched initiatives, including Operation Phakisa, to kick start the oceans economy. It is estimated that the oceans can contribute R177 billion to the South African GDP.

The men call their partnership with the women owned Woesa “amazing.”

Said Mhlambi: “They give us the support and trust that we need to run the business.

“We selected WOESA as our partner on this deal because like ourselves – as black youth – black women have been marginilized in the South African economy. Therefore it was easy to sell them on the vision of reforming a sector that has been slow to change.” 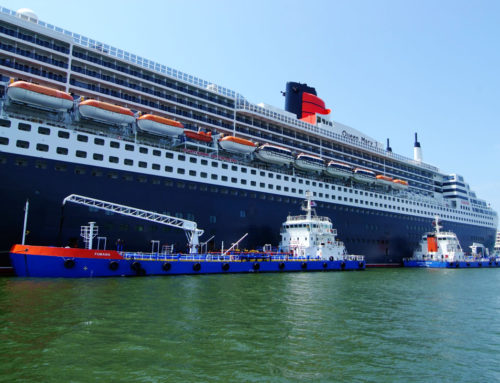 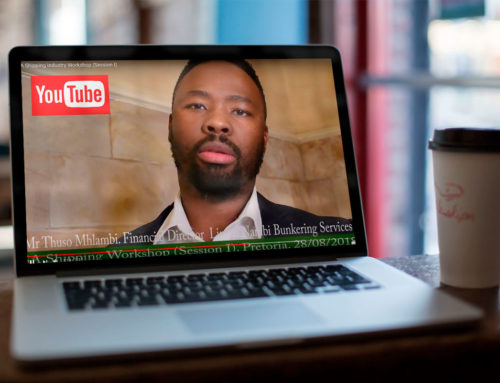